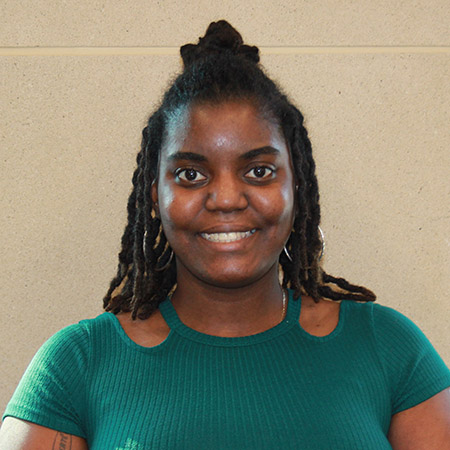 “I think we deal with [discrimination] in our daily lives, whether it impacts you directly or not.”

Dariana Glasco-Boyd plans on working as a faculty member in student affairs. When Dariana isn’t studying, she likes to watch documentaries and spend time with her family.

Get to know Dariana

Dariana Glasco-Boyd initially came to Iowa State University to be closer to family, but she decided to stay and pursue graduate school after completing her undergraduate degree. She set her sights on a master’s degree in education with an emphasis on student affairs.

Dariana was born in San Pedro de Macoris, Dominican Republic, and was raised in Tortola, British Virgin Islands. She speaks both Spanish and English. During her undergraduate studies in psychology and sociology at Iowa State, she worked as a peer adviser in the Office of Student Financial Aid. There, she realized that “a lot of full-time staff didn’t speak Spanish.” Dariana was one of the few staff members who was able to communicate with Hispanic families in their primary language. This helped her see the power of being bilingual, and inspired her to pursue a career where she could continue helping others.

After deciding to obtain a master’s degree in education, Dariana engaged in many opportunities for research and classroom experience to expand on her studies. Currently, she is involved in a research project that gathers information on black males in STEM fields, specifically relating to Afro-Latinx discrimination.

“I think we deal with [discrimination] in our daily lives, whether it impacts you directly or not,” Dariana said.

For the past two semesters, Dariana has been working as a teaching assistant in H SCI 150, Dialogues on Diversity, a course that explores the diversity of the Iowa State community through discussion of human relations issues. This class not only gave Dariana the opportunity to teach topics related to social justice, but it also showed her just how much she enjoys teaching. She used this experience for personal development as well, and overcame her fear of public speaking.

“Because there are so many different students coming in, every session looks different,” she said.

As a first-generation student, every step toward her master’s degree has been a milestone for Dariana. No matter her accomplishments, she is always humbled, and she remembers where she came from. 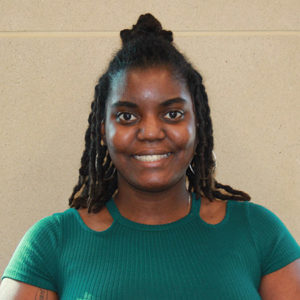 “I think we deal with [discrimination] in our daily lives, whether it impacts you directly or not.”